What is the YWCA?

The story of the YWCA is the story of every woman.  She may be attending school or working in an office.  She may have responsibilities of a household and family or a career; she may come from a village or a city; she may live in a large house or a humble dwelling; she may be from Africa, Australia, Europe or Asia; she may have lived all her life in Malaya now Malaysia.  Whoever she may be or wherever she may have been born, whatever her religion, ethnicity or economic background, her story is the story of the YWCA.

No simple definition of the YWCA is possible.  One must know its characteristics, those things which are the heart of its life and work.  It is a world-wide Christian fellowship which draws together women and girls from all races, religions, economic, social and cultural backgrounds, and is concerned with all that affects their welfare.

What kind of an Association is the YWCA?

First it is an organization founded by Christian women for women and girls from the age of 12 years onwards sharing and working together irrespective of race and creed, with people of all faiths and none …

It is founded on the basis of Christian values and its avowed purpose is to declare it message through all its activities.  It is a Membership organization, for each and every one of the members is responsible for the YWCA - what it does and may become.  The members cooperate and share responsibilities of different backgrounds, thus making the YWCA a democratic organization.

The YWCA is an Inter-denominational Movement and includes women and girls from all sections.  In its membership, it has been from the beginning trying to meet the needs of its embers of different races and religions through various kinds of service - Hostels, Clubs, classes and activities.  One of the most distinctive elements is and continues to be, prayer, service, faith and action.

What is the Symbol of the YWCA? 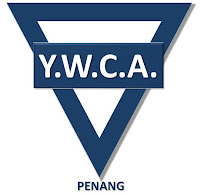 The Blue Triangle is a symbol of welcome into the fellowship of the YWCA, and represents the spiritual, mental and recreational needs of its members of all ages, which he YWCA tries to meet through its various activities and programmes.

The Young Women's Christian Association, popularly and affectionately known as the YWCA, was established in Geneva 1894. Its mission then, as it still remains now, is to promote welfare of women through opportunities for spiritual, social, intellectual and physical development. In 1909, Penang had the distinction of being the first town in the States and Settlement of Malaya (Malaysia) to be chosen for YWCA. Since its founding, YWCA Penang has stayed true to the Spirit and aim of the parent organization's mission, but tailoring it to suit local needs. Often working hand in hand with other local women's and welfare NGO's, YWCA has, over the years, created opportunities for women's growth an empowerment. YWCA's social work is carried out via various services, programs and activities involving members and people of various communities, all of which are still being carried till this very day. 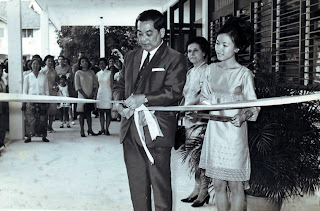